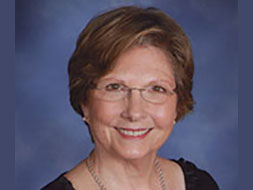 “Being philanthropic to universities is just part of who I am,” says Mary Caroline Mitchell; and given her family history, it’s no wonder.

“I was raised with a strong belief in the power of an education to change a person’s life,” Mary Caroline says. As a consequence she recently created a University of Illinois Foundation charitable gift annuity (CGA) with UIS as the beneficiary. According to Mary Caroline, a CGA is “perfect” for anyone who intends to leave money to an institution anyway but needs an income in the meantime.

Eventually, her gift will create scholarships for students in Human Services at UIS, who, she points out, “accumulate as much debt in college as someone going into accounting or computer science but end up with a lot less ability to pay those loans off.”

Mary Caroline has personally had a significant impact helping others by organizing and mobilizing people to make a difference in someone’s life. This includes:

“I experienced the small classes and personal attention from professors you receive at UIS,” she says. “In my alumni work I became more and more impressed with the difference that UIS graduates were making in their communities,” she adds. Mary Caroline retired in 2011.

Mary Caroline feels very comfortable setting up her CGA with the University of Illinois Foundation because their investments are so solid. “The Foundation has the top minds of finance in the country on their board, people who are donors themselves and who are very interested in the health of the University,” she observes.

She now recommends a CGA with the Foundation to all her friends. “I really don’t feel like I have given up anything,” she says, “because I am the one getting an income and tax savings on top of that. It’s a fantastic deal,” Mary Caroline concludes.